This traditional kitchen in Cullingworth, Keighley belongs to the Magee family, who approached Twenty 5 Design to work alongside their architect as part of a wider home transformation project.

An open plan layout was considered as this granted ease of access for the Magee’s son, who is a wheelchair user.

The island in the kitchen features a dropped section of tactile granite, which is an important enhancement for the couple’s son who is visually impaired, as this allows him to be able to feel his way around this part of the room.

Specialist doors from MultiWood were also used used throughout the kitchen.

The kitchen uses strong colours with the red walls, and dark wood features were used to add warmth to the room and tie in with the rest of the home. A feature mantle also acts as a subtle focal point and adds to the homely feel of the kitchen.

Thermo-ash worktops, imported from Sweden, were also used and have a sleek appearance, but maintain the cosy and rustic feel to the room. 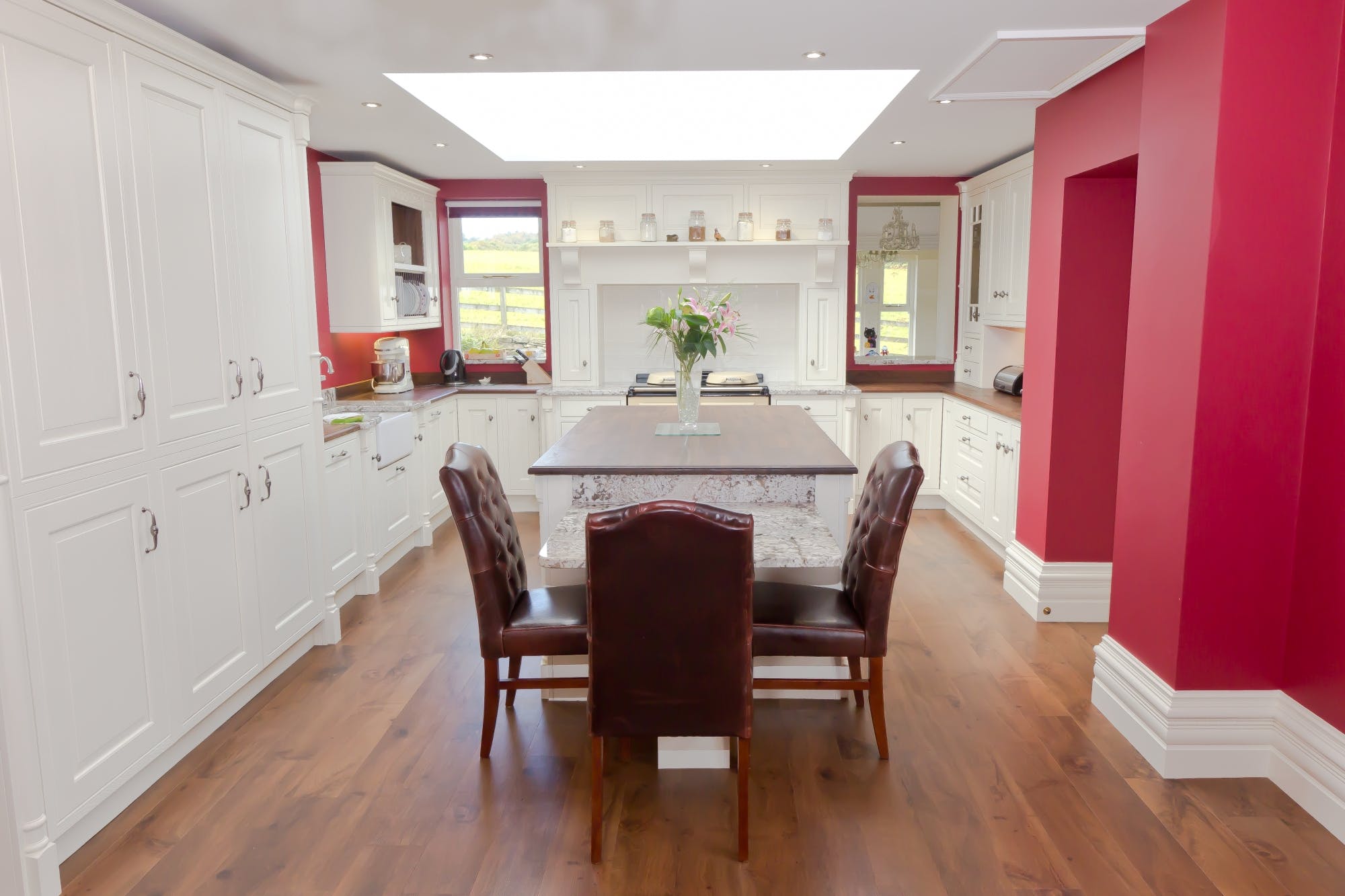 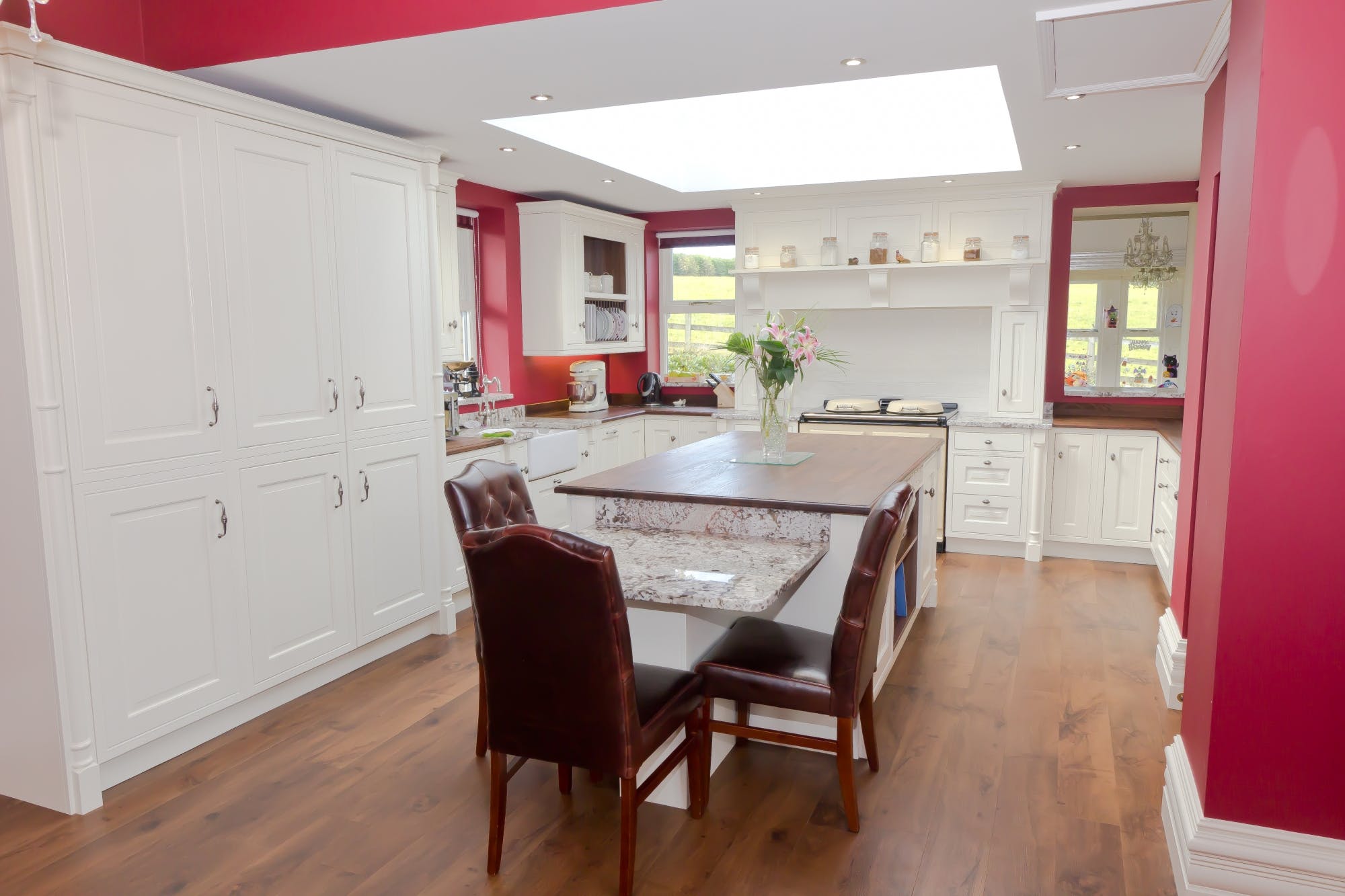 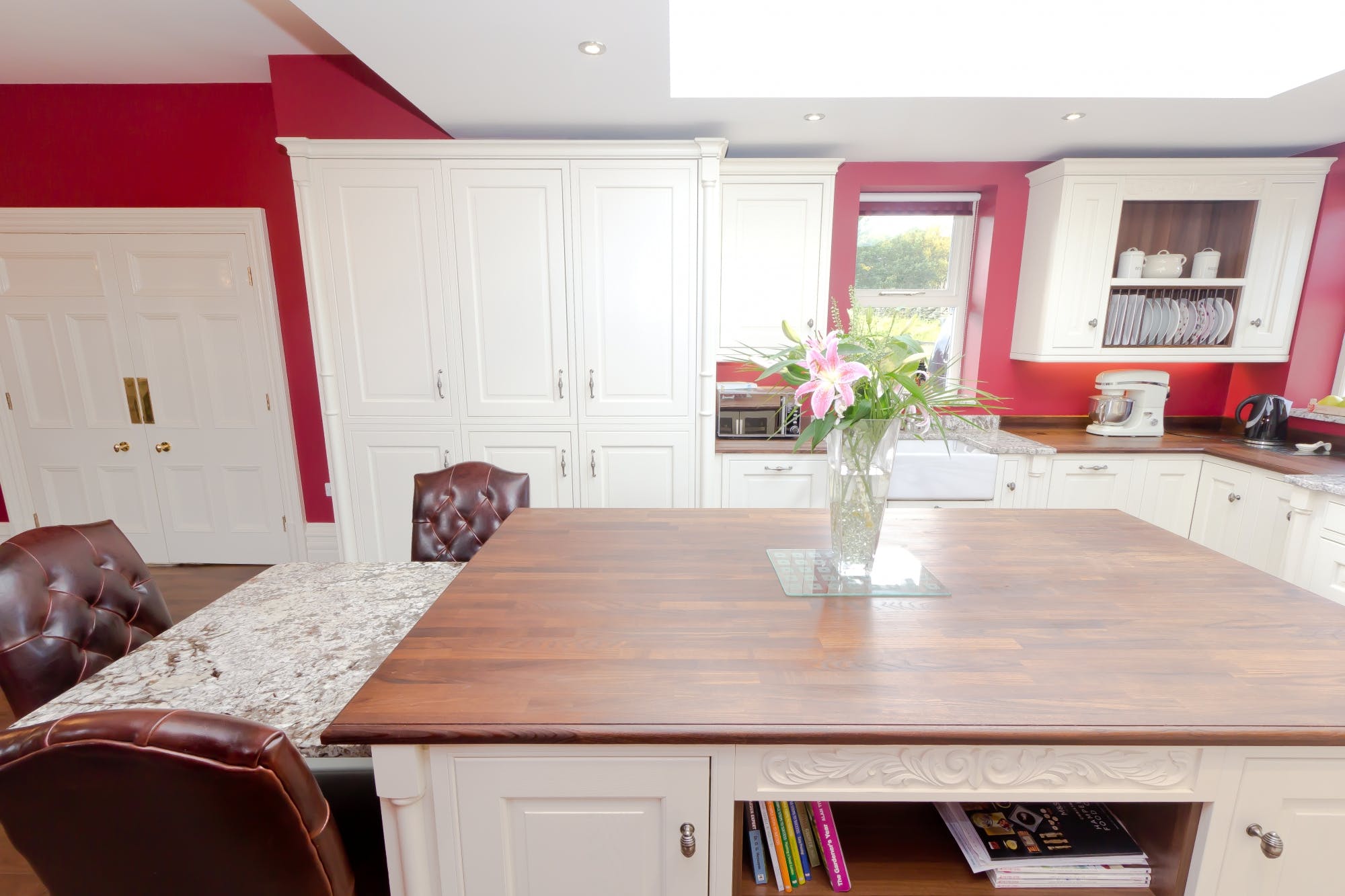 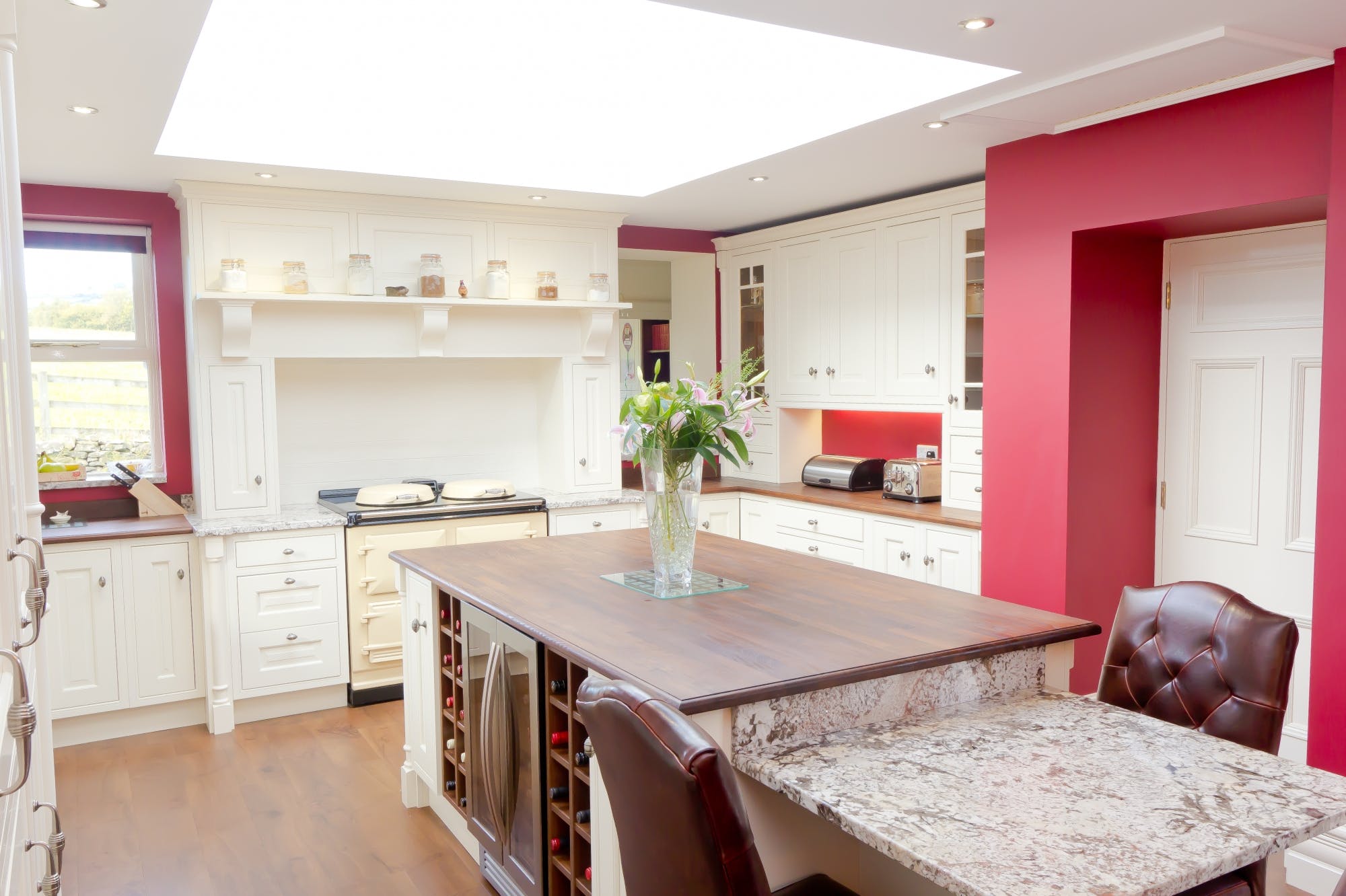 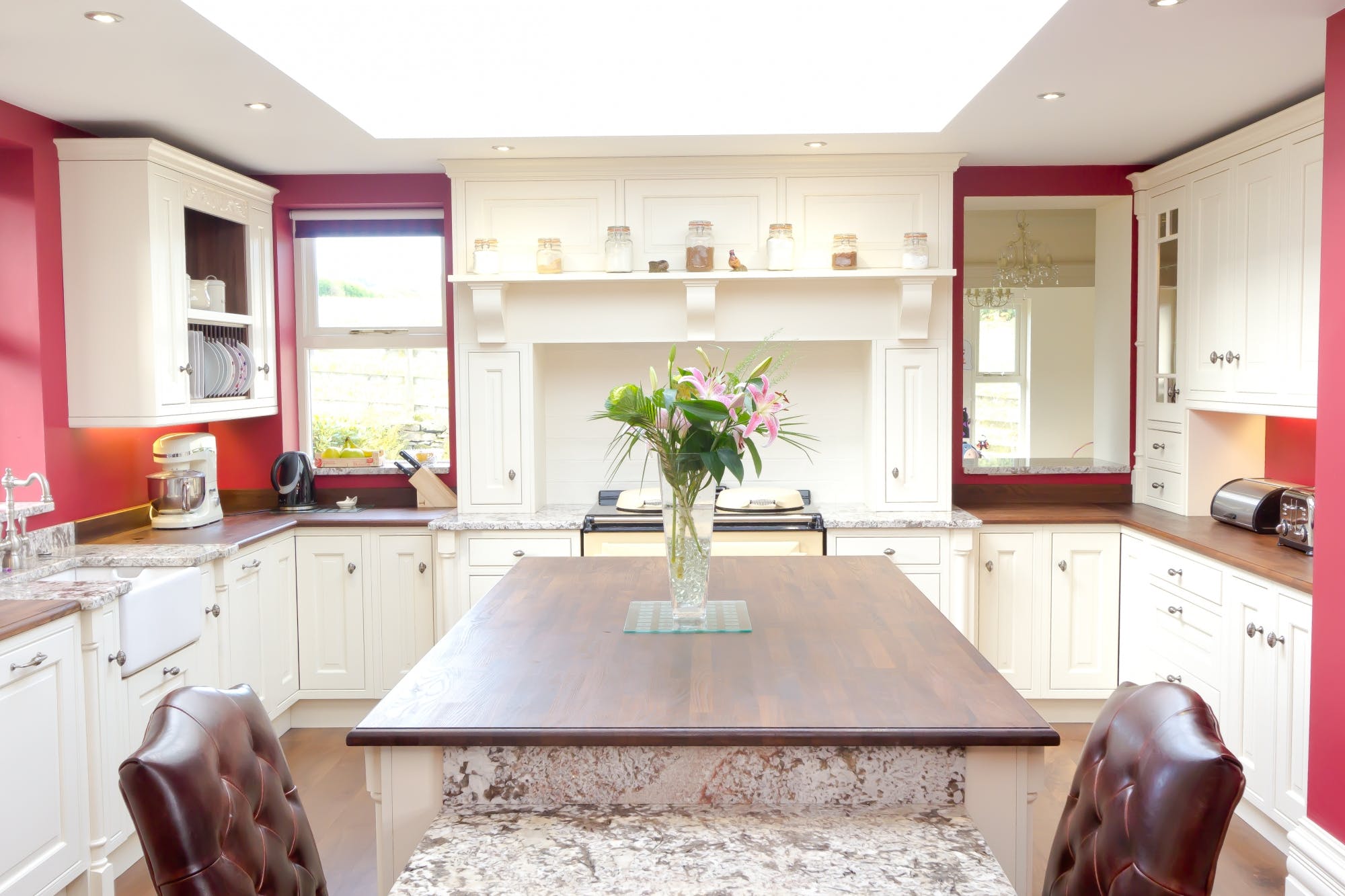 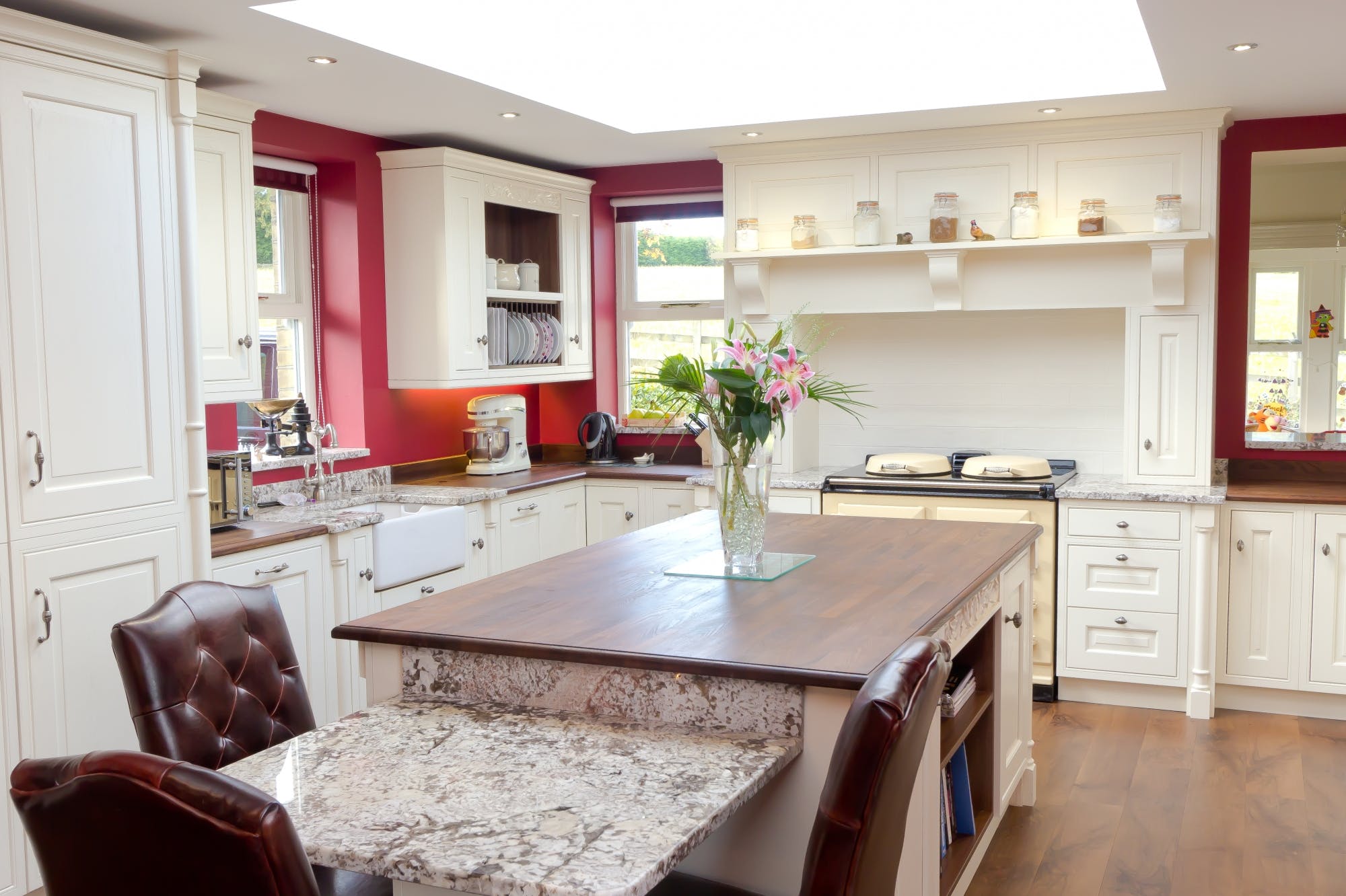 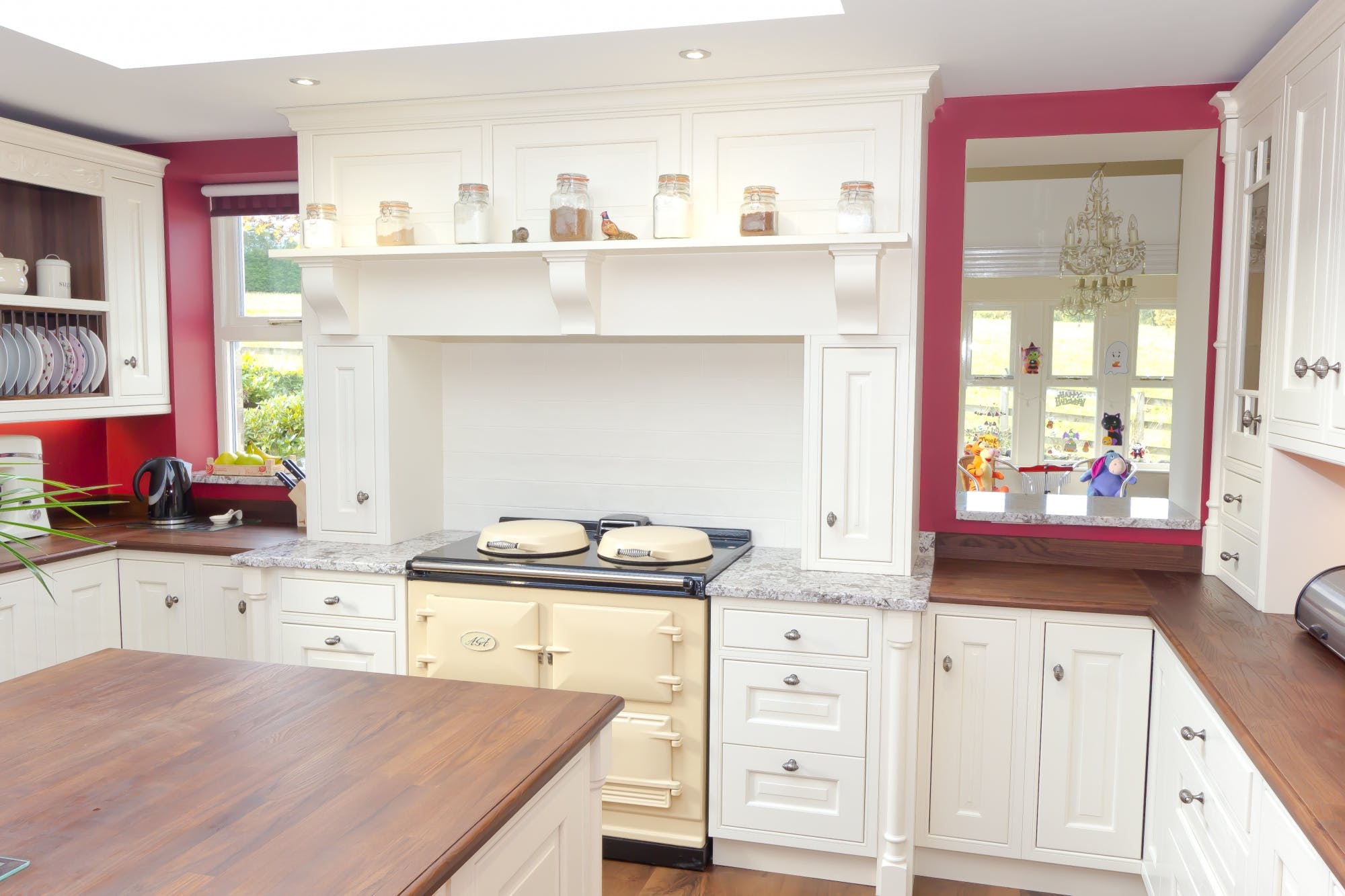 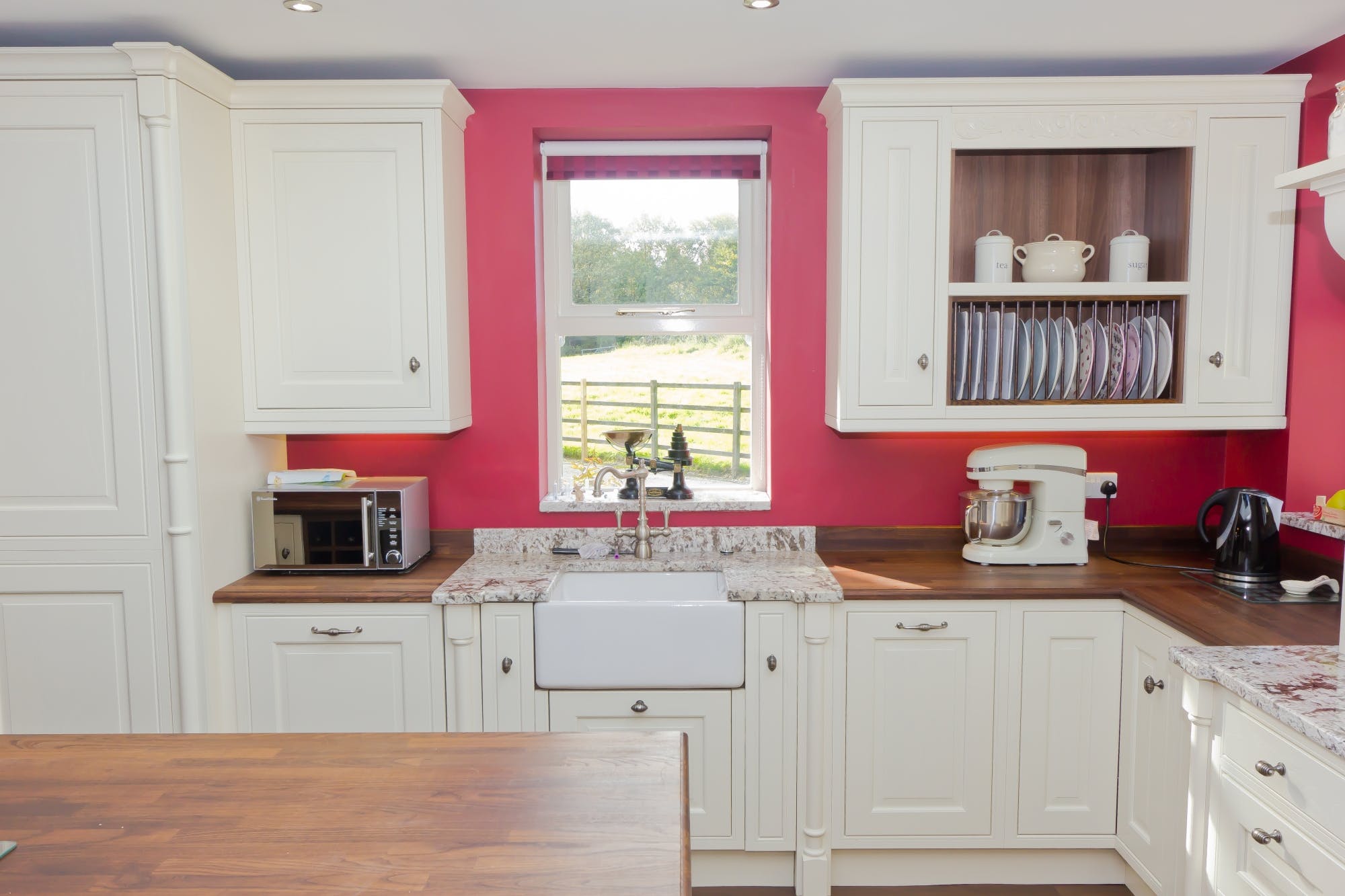 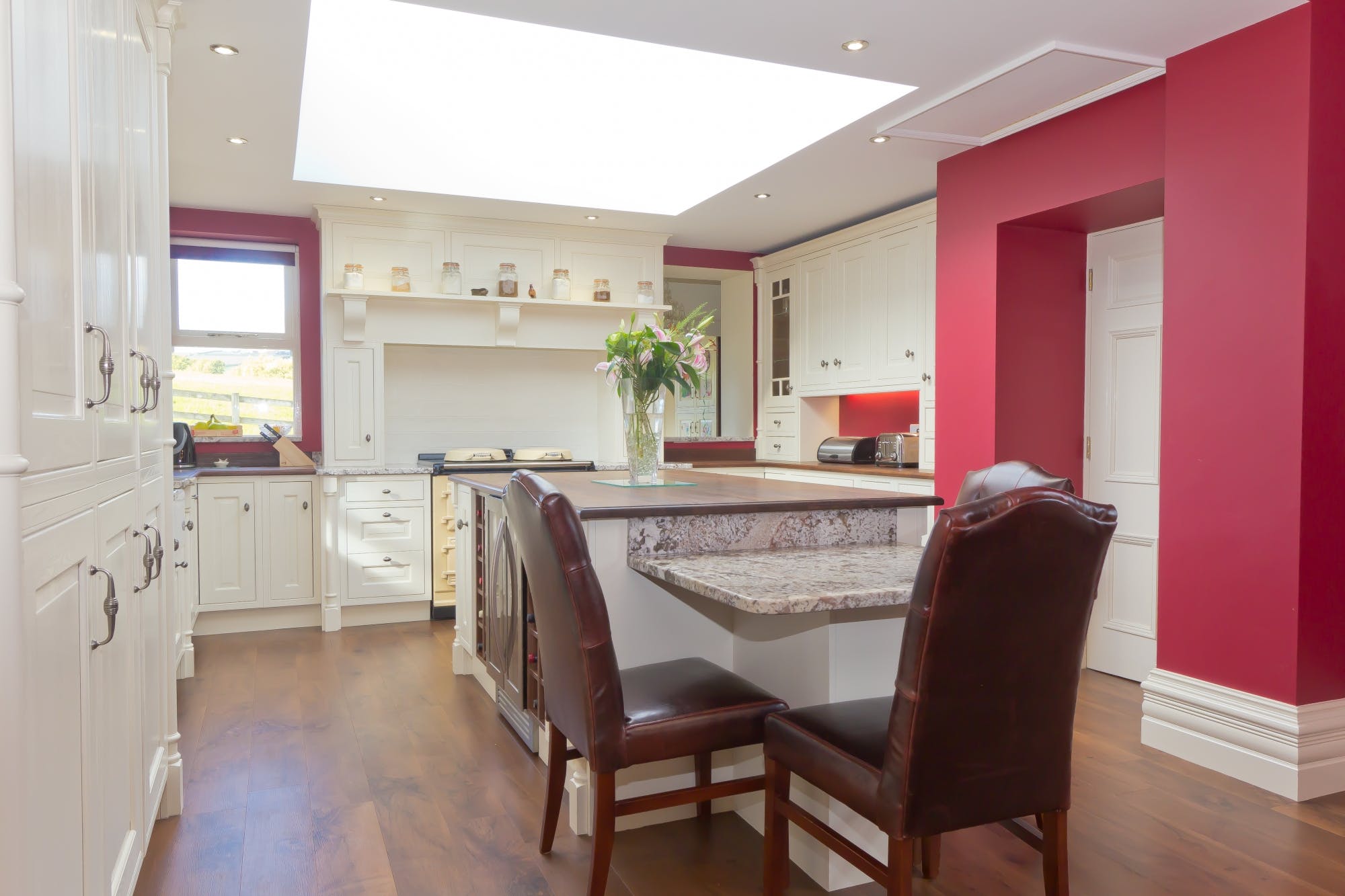