Quooker Showroom | Everything You Need To Know About Boiling Water Taps

Quooker Showroom | Everything You Need To Know About Boiling Water Taps

It’s time to do away with the traditional kettle, there’s a new kid on the block. A true revolution, the Quooker tap, dispenses boiling hot water in an instant. According to the Energy Saving Trust using only what is needed could also cut £7 off your annual bill, so this week we explore this effective appliance, read on for boiling water taps.

What is a Quooker?

The tap that does it all, this Dutch innovation is an absolute must-have. Using a tap on the worktop and a tank underneath, boiling water taps produce both hot and boiling water in an amazingly economical way. Quooker’s patented technology also ensures standby usage is just 3 pence per day so if you are concerned about wastage, think again, no kitchen is complete without a Quooker.

Quooker taps are designed to dispense boiling water so that there is no more need for the kettle. They also promote a minimalist kitchen style and work to save you time and money. The tap itself works the same way as a traditional tap, however, a tank is connected that keeps the water at a temperature of 110 degrees celsius. The reason for this mighty high temperature is that the water needs to be boiling and not just hot. Thanks to Dutch inventor, Henri Peteri, it’s the only one on the market to eradicate the kettle completely.

Boiling water taps are convenient and can be economical at the same time. First, you have the advantage of instant hot water but it won’t use any more energy than the kettle. With a Quooker COMBI tank, you can even save energy with it’s high EU rating of A. It also keeps worktops neat and purifies water, bringing out the taste of your cup of tea. Go on, stick the kettle on (we’re totally joking by the way).

Is the Quooker Safe for Children?

Now on to the part that’s probably concerning you the most - is this safe for kiddies? The answer is yes and this is actually one the most frequently asked questions about Quooker. The safest choice for every home, Quooker has a number of important safety features. These include a childproof handle and double push and turn taps, like what you would get with a medicine bottle. There’s no denying that you need be careful and children should be supervised at all times, however, it cannot fall over like a kettle and the risk of scalding is reduced because the water is delivered as an aerated spray. 500,000 Quookers have already been installed in households around the world so the question is when are you getting yours to make family life that bit easier?

Ultra-safe and super-efficient, Quooker taps are available in variety of designs and finishes. Choose from the likes of Twintaps, a boiling-water and mixer or the Flex which comes with an adjustable hose. The Quooker Flex is actually a brand new product and the first for the Quooker tap. With this practical product, pots and pans can be cleaned that are otherwise, too heavy to lift.

We hope that you’ve enjoyed our post about boiling water taps. If you’d like to know which system is best for you, click here to make an appointment in our Quooker showroom. From skinning tomatoes to brewing coffee and boiling al dente spaghetti, save time and money with a Quooker tap, please get in touch for more information and prices. 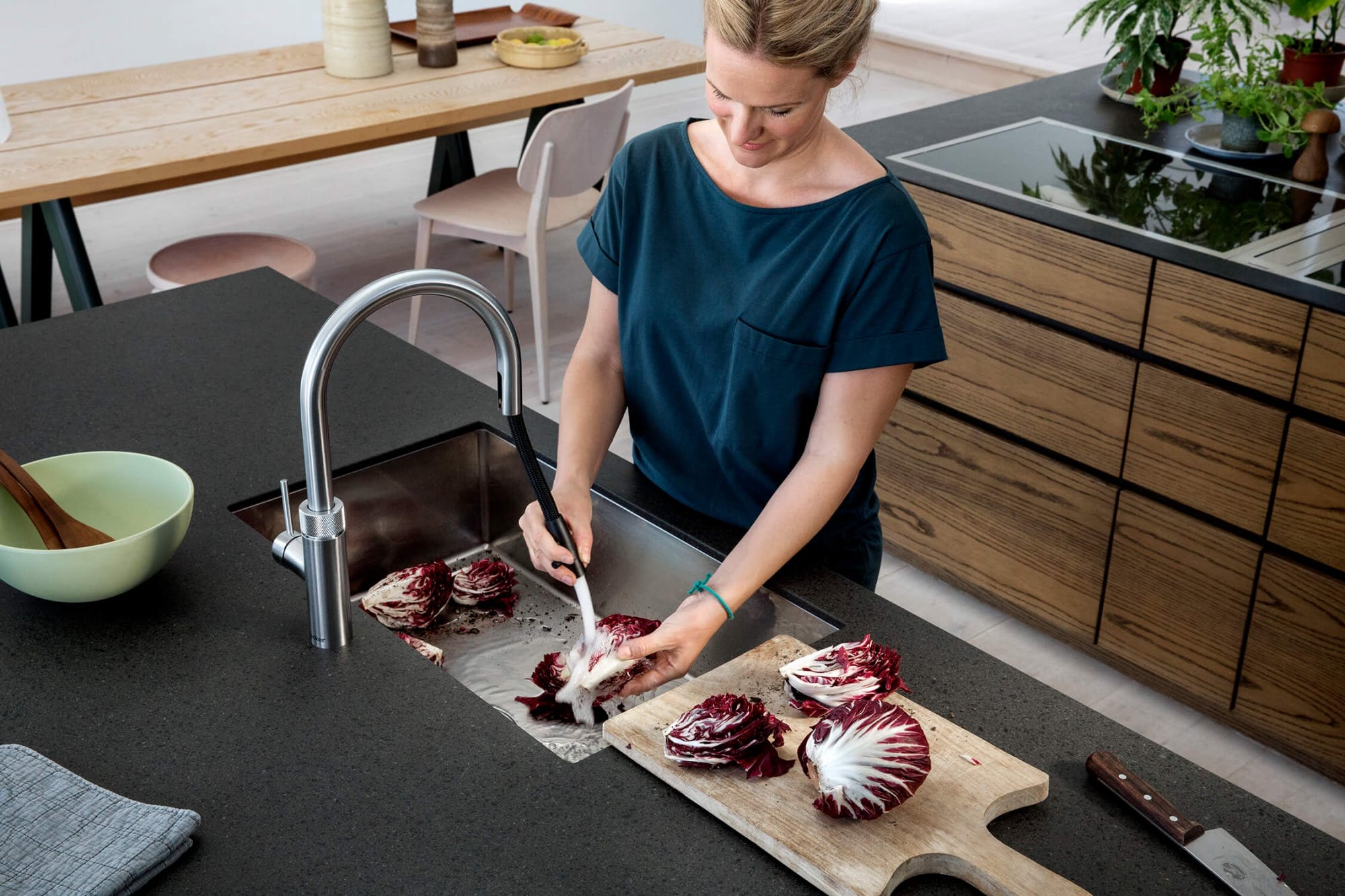 Wash salad and clean pots and pans, with the Quooker Flex and adjustable hose. 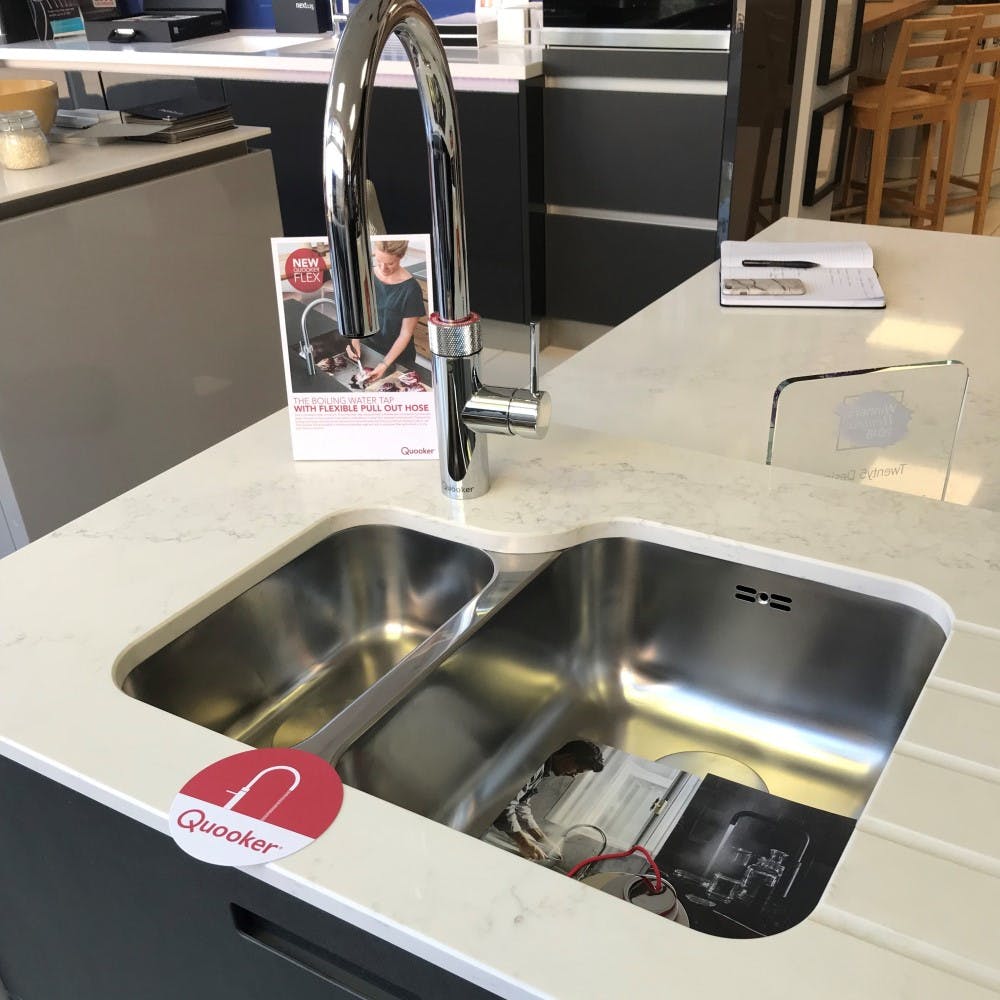